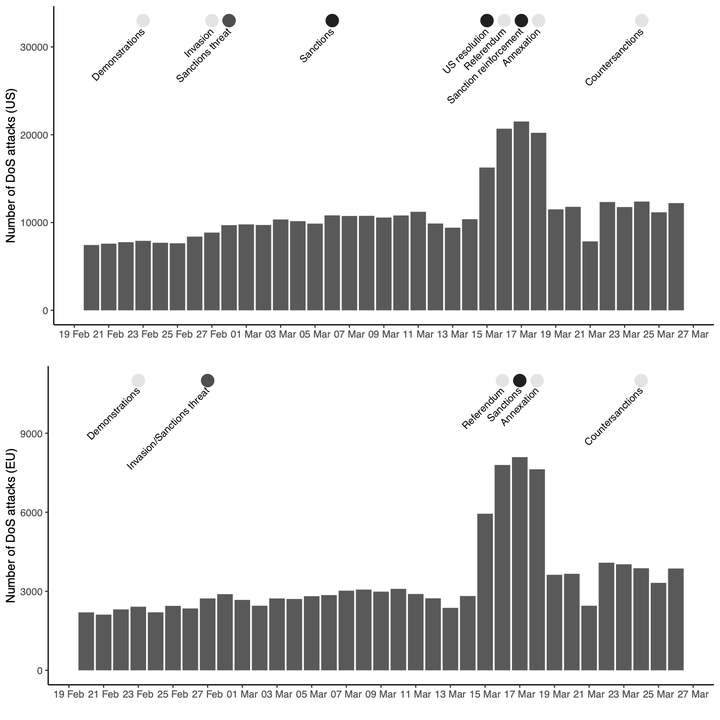 Conventional wisdom expects to see a rise in cyber activities around aggressive foreign policy events. In this article, I test this claim by investigating whether sanctions lead to an increase in denial-of-service (DoS) attacks using new data on DoS attacks measured from Internet traffic. Exploring the development of DoS attacks around sanctions imposed against Russia in 2014 indeed shows an increase of DoS attacks against several sanction sender states. Extending this case study to a systematic analysis, including all sanction threats and impositions made by the United States and the European Union between 2008 and 2016, shows no apparent patterns. When I exclusively consider sanctions against technologically advanced countries, however, the frequency of attacks rises systematically against the United States. It thus appears that states do not always have to expect a digital retaliation after aggressive foreign policies. Nevertheless, sanctioning countries may have to anticipate an increase in DoS attacks when their governments impose sanctions against technologically advanced countries.